Design competition for the bureau block of the city of Kauniainen

Design competition for the bureau block of the city of Kauniainen

FROM CITY VILLAS TO BLOCKS IN THE CITY CENTRE

With our design competition proposal for the site of the Kauniainen city hall which went by the name ‘Gula gränden’, the yellow lane, we attempted to strengthen the identity of the city centre of Kauniainen and extend the connection that intersects the centre, all the way from the railway station to Villa Junghans. Typologically, the proposal introduces the scale inspired by city villas to the low-rise blocks of flats which, with their active roofs, form blocks in the parklike area. The urban park lane and its plaza create a new urban space. The proposal was one of the best in the competition. 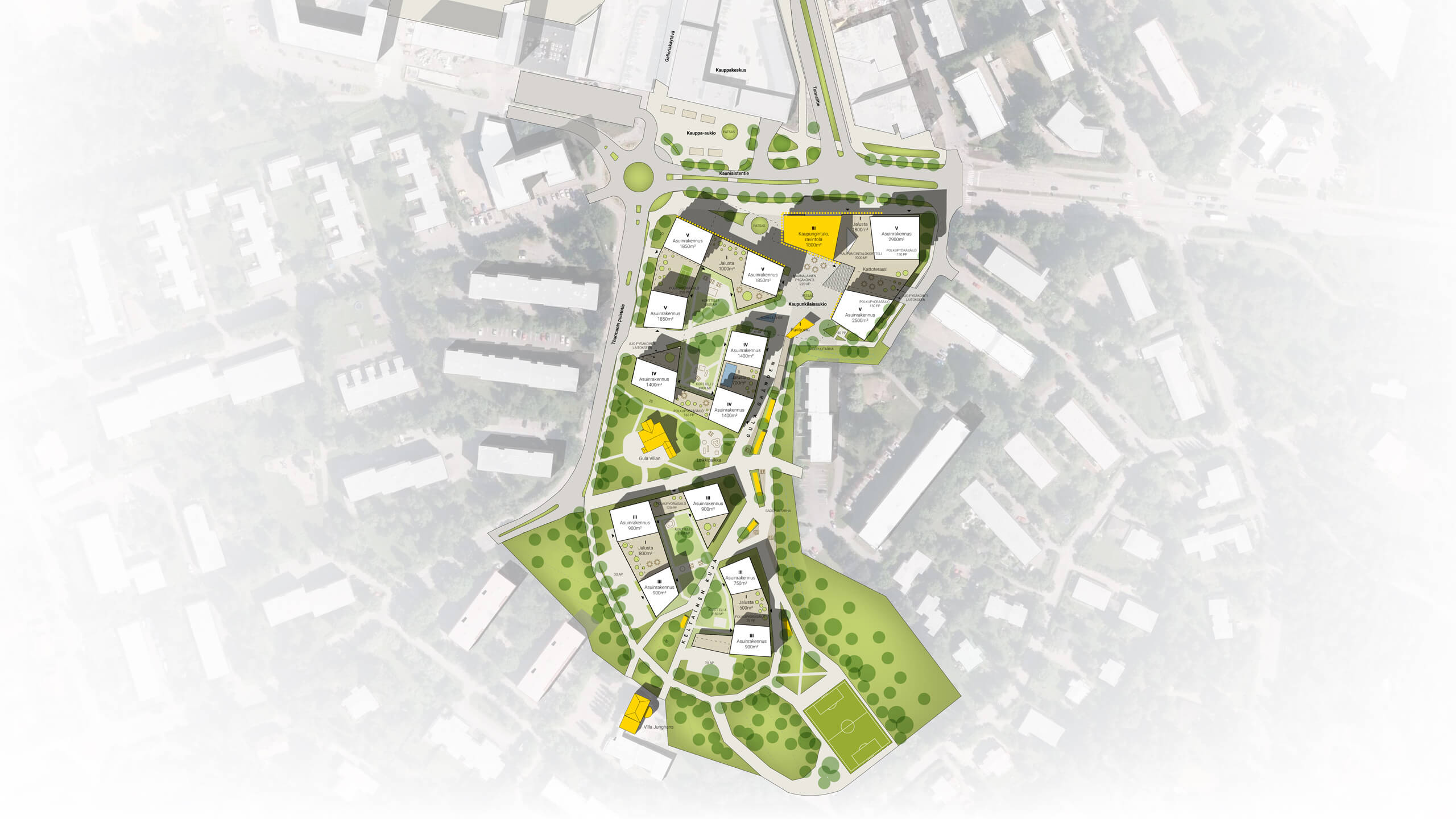 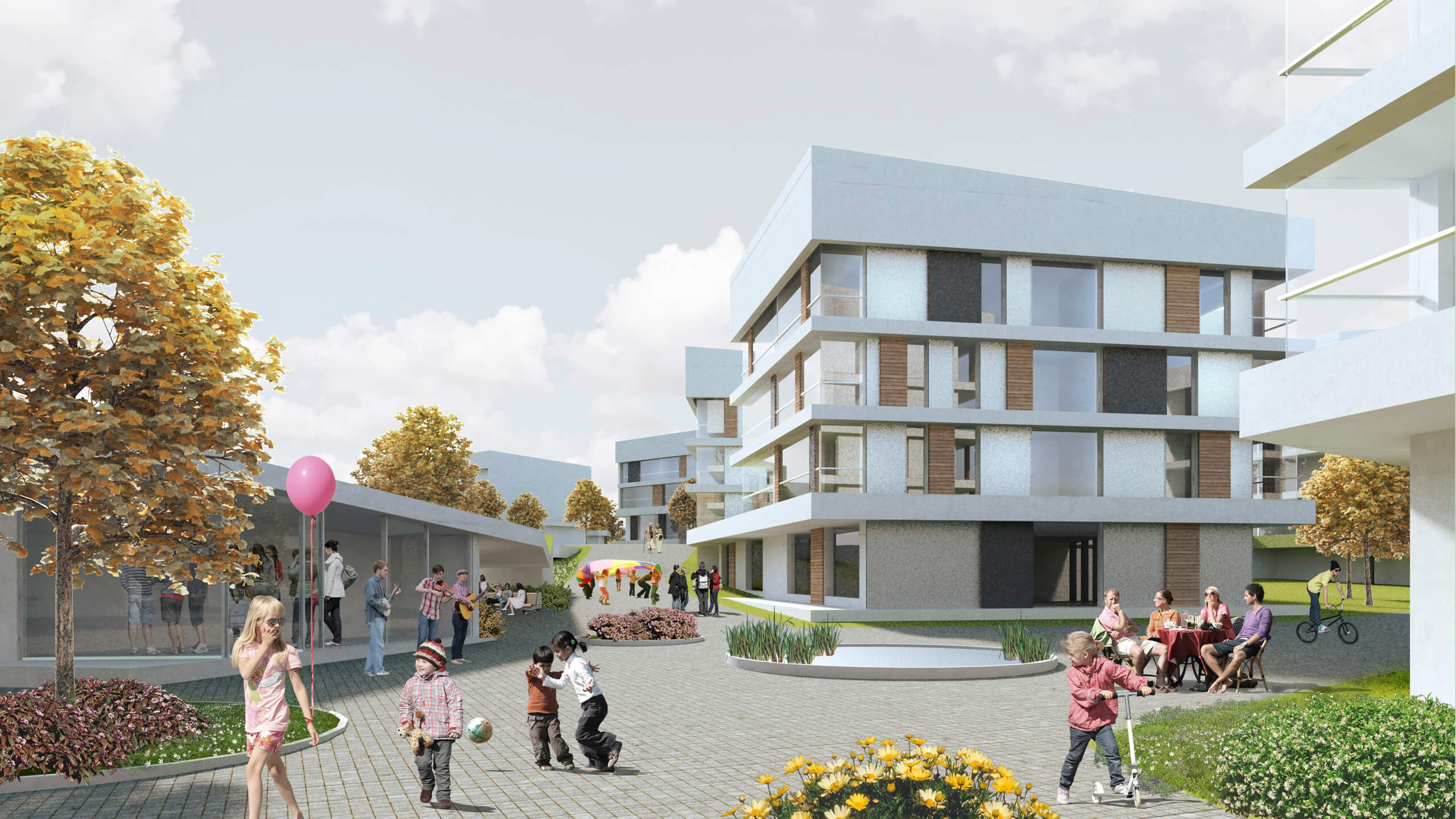 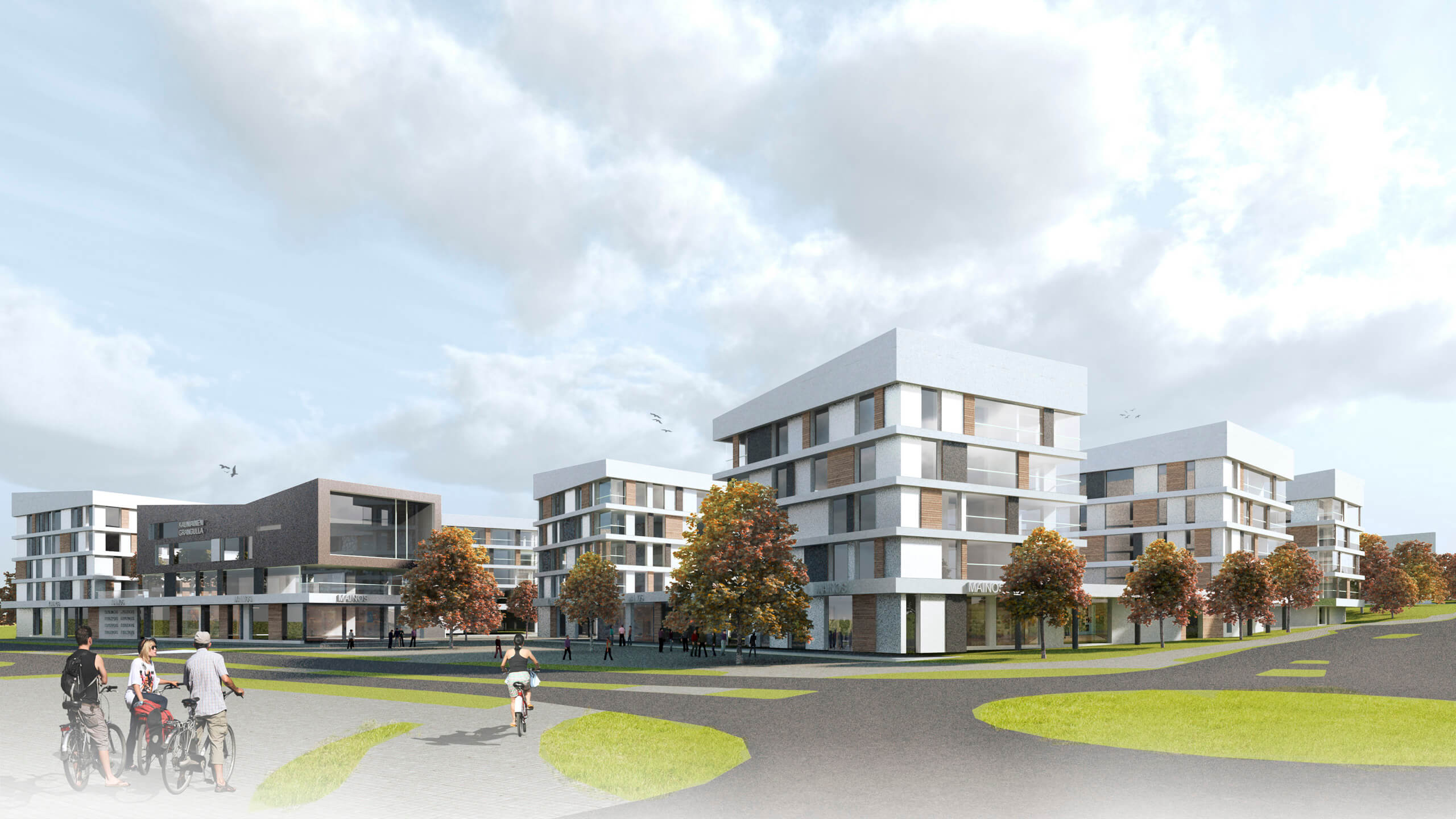