The Luhtaa daycare centre is a project ordered by the City of Tampere. The 6-group daycare centre is part of the Eco 2 project of the City of Tampere in which emphasis was put on, e.g., saving energy. The Luhtaa daycare centre was, in fact, the first passive energy daycare centre in Finland. The building has been designed with the user’s needs in mind, and the amount of daylight has been maximised with the aid of large windows around the building. The energy objectives of the project were reached with precise design, during which detail design played an important role. The wooden structure of the building posed challenges for, e.g. the airtightness and insulation of the openings and structures. A very good result was achieved in the airtightness tests, and the functionality of the building’s structures has also been monitored after the building’s completion with the aid of sensor measurements provided by VTT, the Technical Research Centre of Finland. In addition, 150 m² of solar panels were installed on the roof of the building. Petri Tavilampi acted as the main designer and Pasi Nyman acted as the project architect. 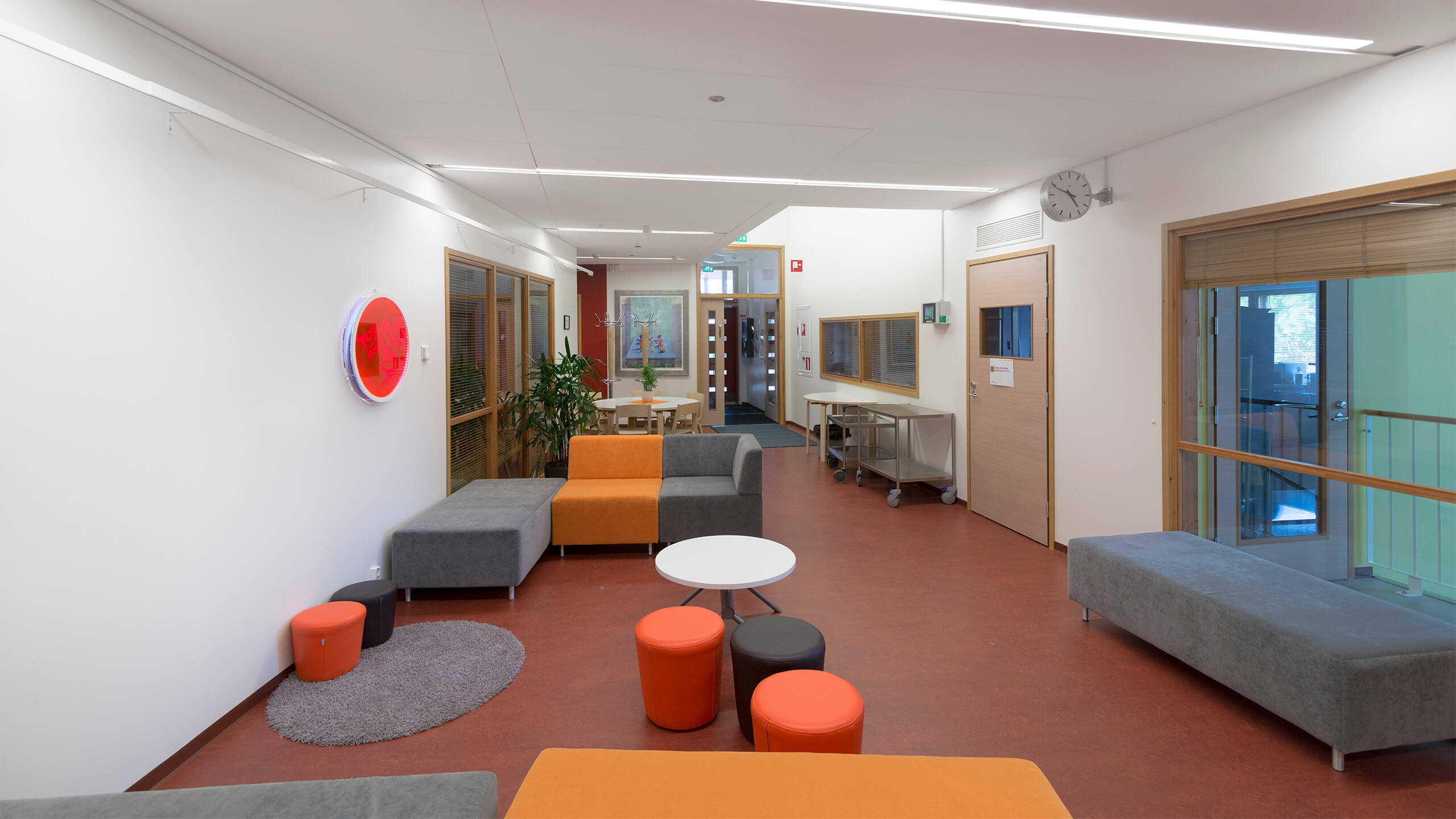 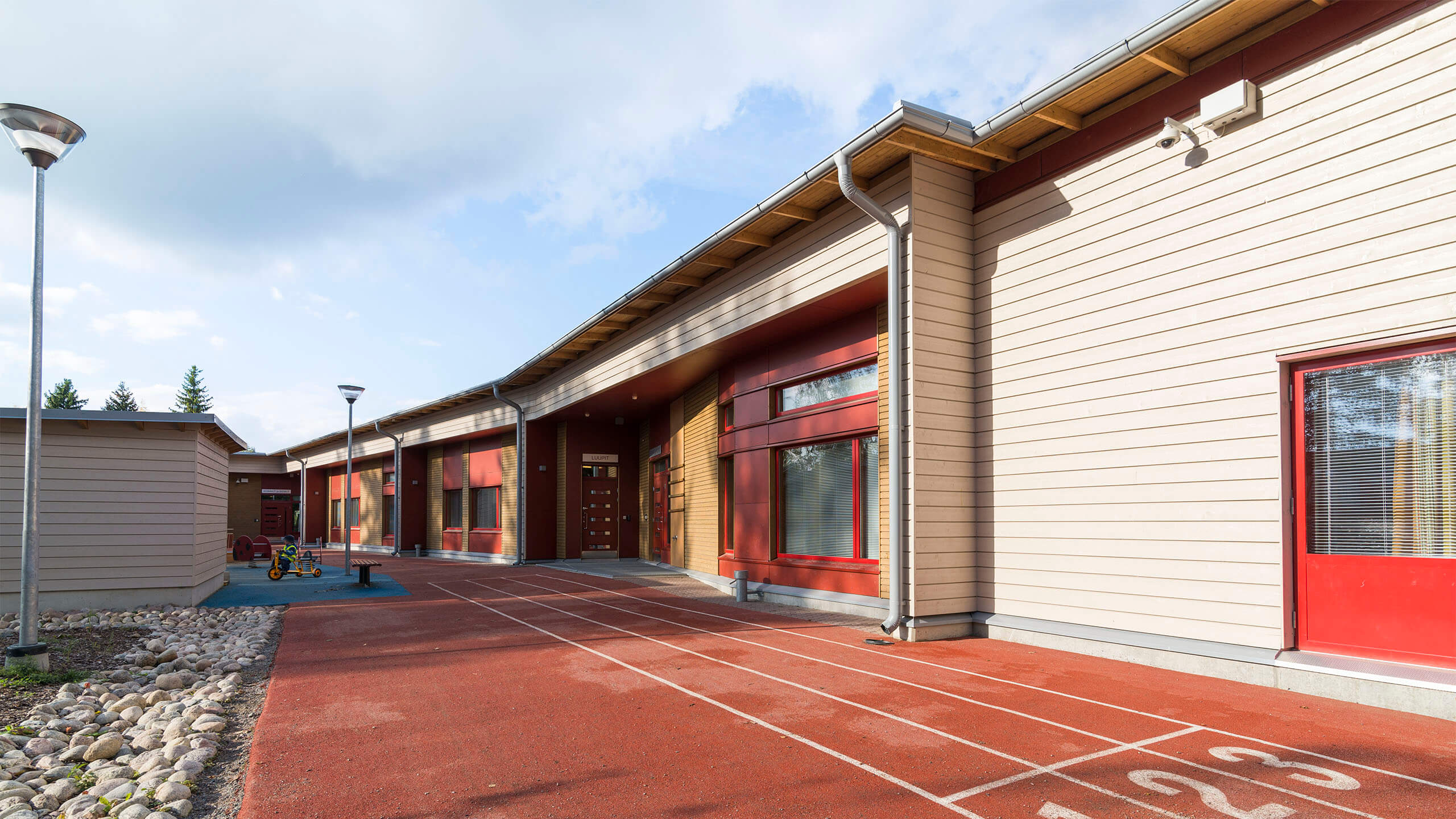 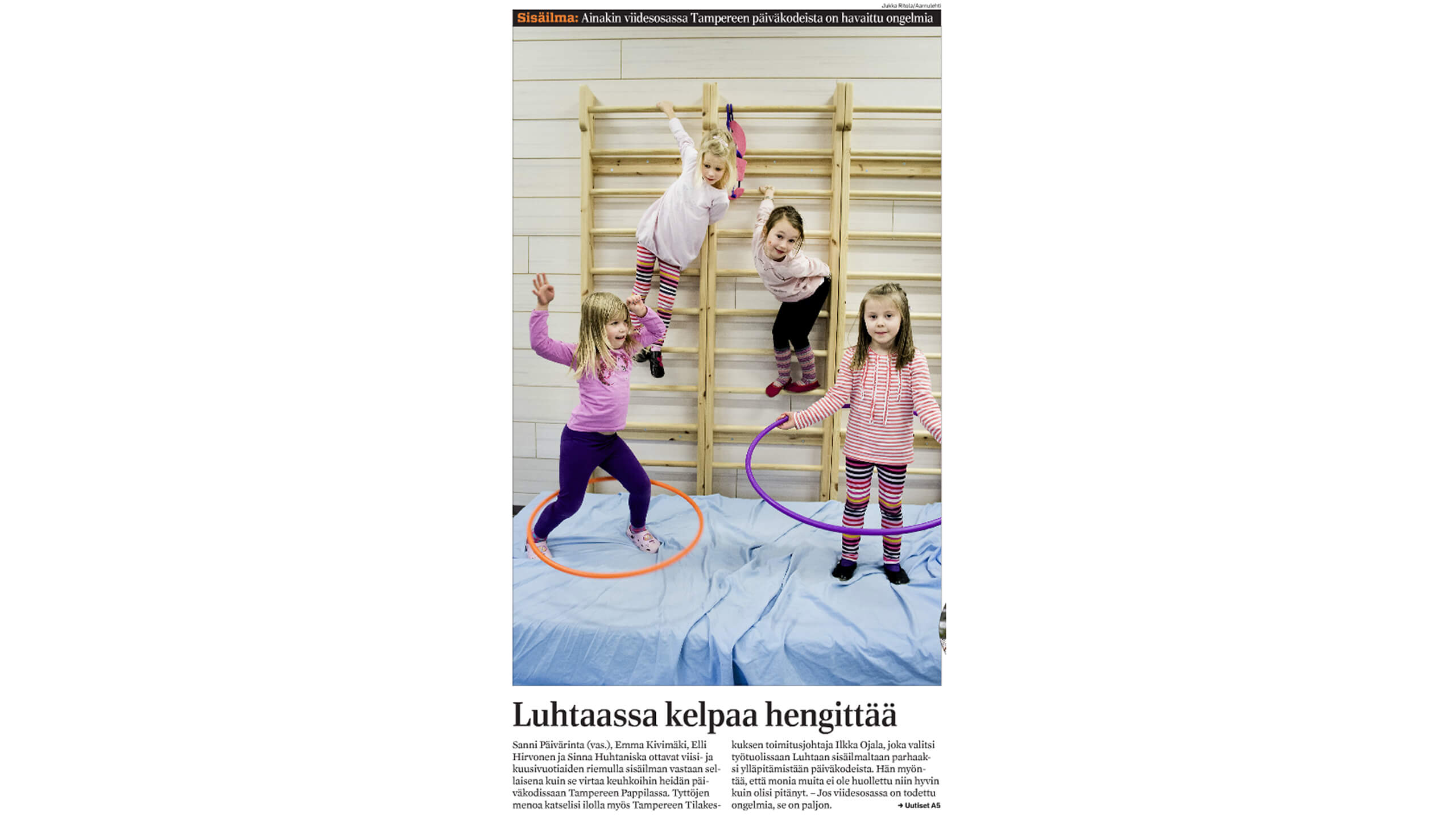