The well-being campuses in Sastamala and Valkeakoski

The well-being campuses in Sastamala and Valkeakoski

On the basis of the ‘One hospital model’ of the Pirkanmaa Hospital District (PSHP), we created a compilation of the spatial plans to serve as the action framework for the years 2017–2022. Efforts have also been made to take the effects of the health and social services reform on Pirkanmaa into account while drawing up the project plans. Information models of two hospital campuses were created on the basis of the DWG data and inventories.

The project plan for the joint health centre campus of the district hospital of PSHP and Sotesi, the joint municipal authority for basic social security in the Sastamala region, was established between 2015 and 2017. Stage 1 of construction has commenced. It includes the demolition of the institutional kitchen wing, floor area 1,315 m², and modifications and extensions, total floor area approximately 1,500 m².

The project plans for the campus of the Pirkanmaa Hospital District’s district hospital, floor area 10,915 m², and the Valkeakoski health centre, floor area 9,803 m², were devised between 2016 and 2017. In addition, we also drew up the project plan for the new shared ward, gross floor area 5,000 m², of Valkeakoski Hospital and the health centres of the municipalities in southern Pirkanmaa (Valkeakoski, Akaa, and Urjala). The construction planning of the extension and the modification of the administrative wing have commenced. 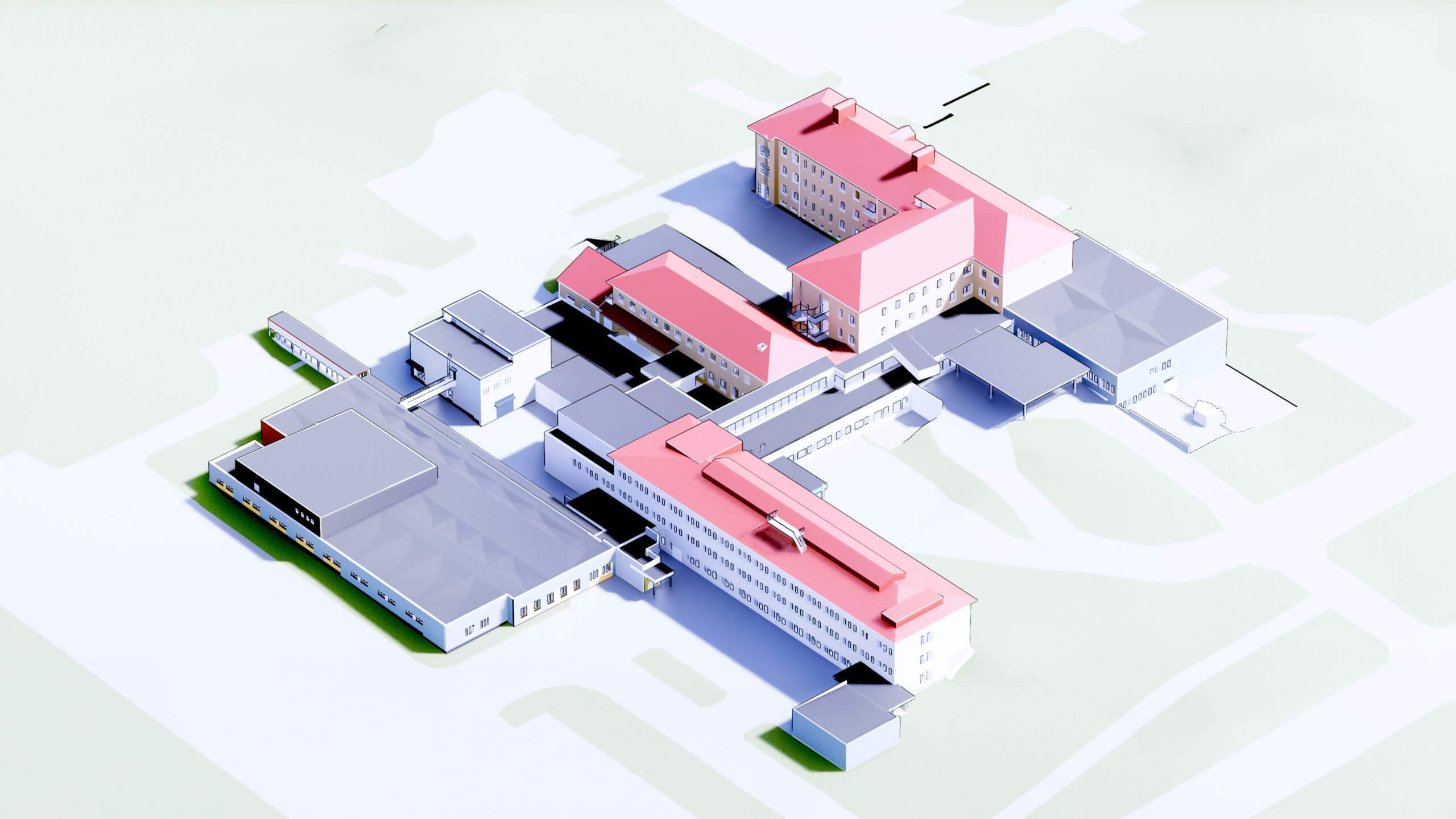