Delta – A Soft Interface Between the
New Urban Centre Development of Tampere and
the Green Shoreline of Pyhäjärvi.

The area enhances the routes of pedestrian and light traffic between Hatanpää and the city centre as well as creates a recreational hub serving a broader area of the city of Tampere. The new urban fabric of the area extends the density of the city centre while still integrating to the natural environment.

The strip of blocks opens routes towards different nodes, and leans in height towards the lake creating a sound barrier from Hatanpään valtatie road. The block’s height peaks in the two towers on both sides of the plaza. The semiclosed block typology opens in both ends of the
area to the park houses which lie among the greenery. The waterside park buffers the residential blocks from the lake. The attractions are situated in the middle. The educational playground is bordered by the canal with the island deck on the lakeside connecting the area to a new direction with the bridge. The breakwater harbour shelters the island on the western side. 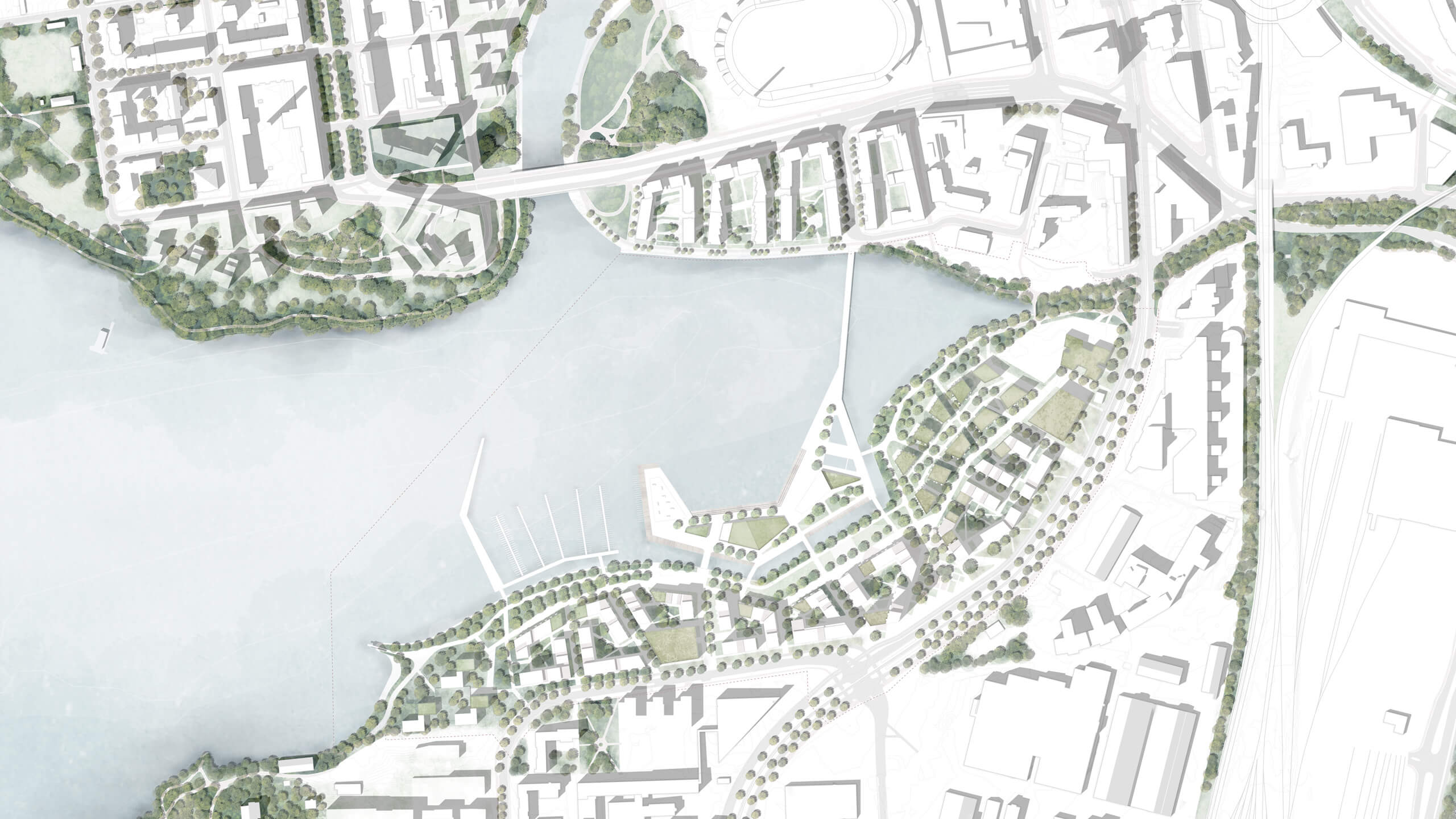 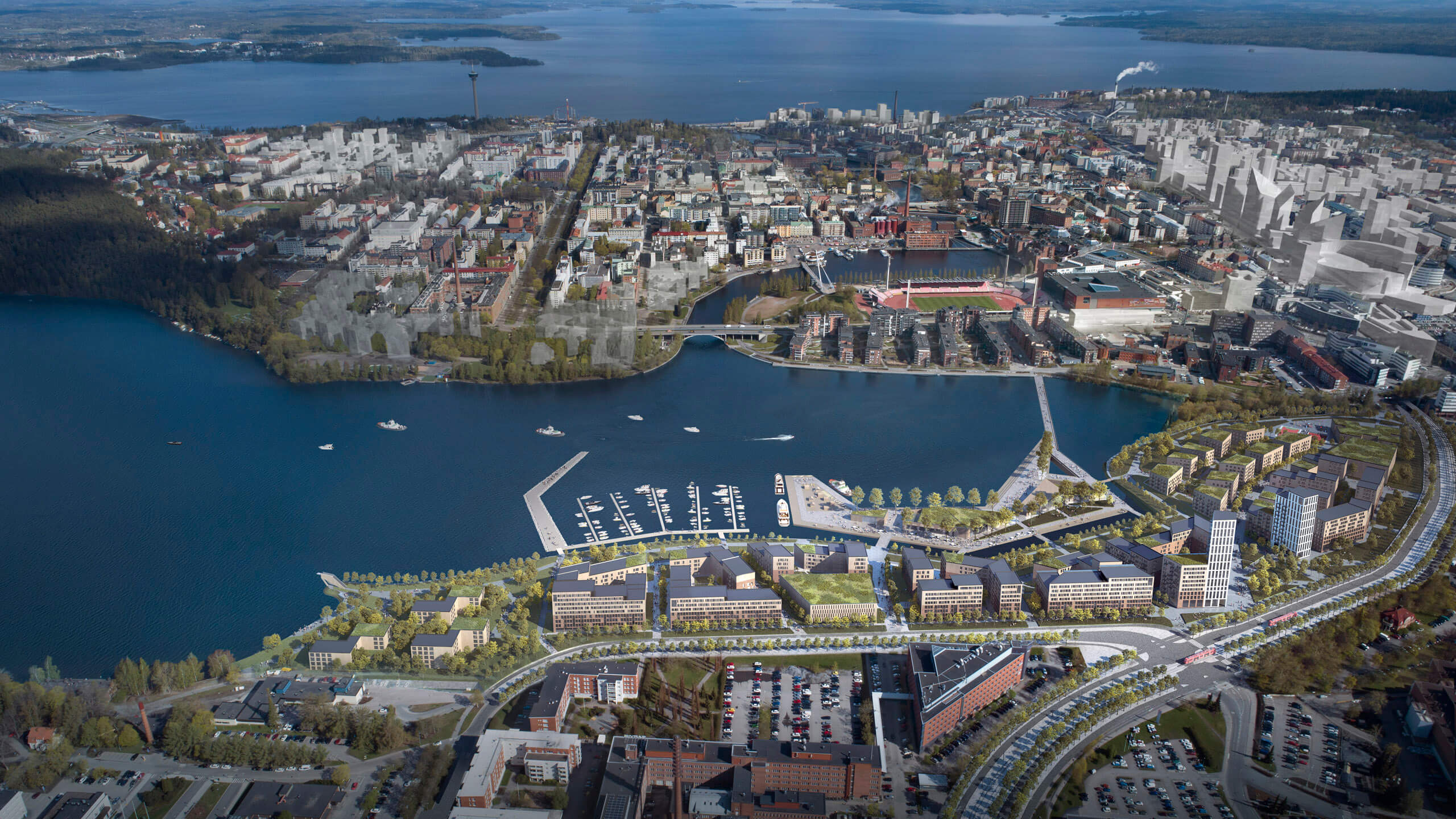 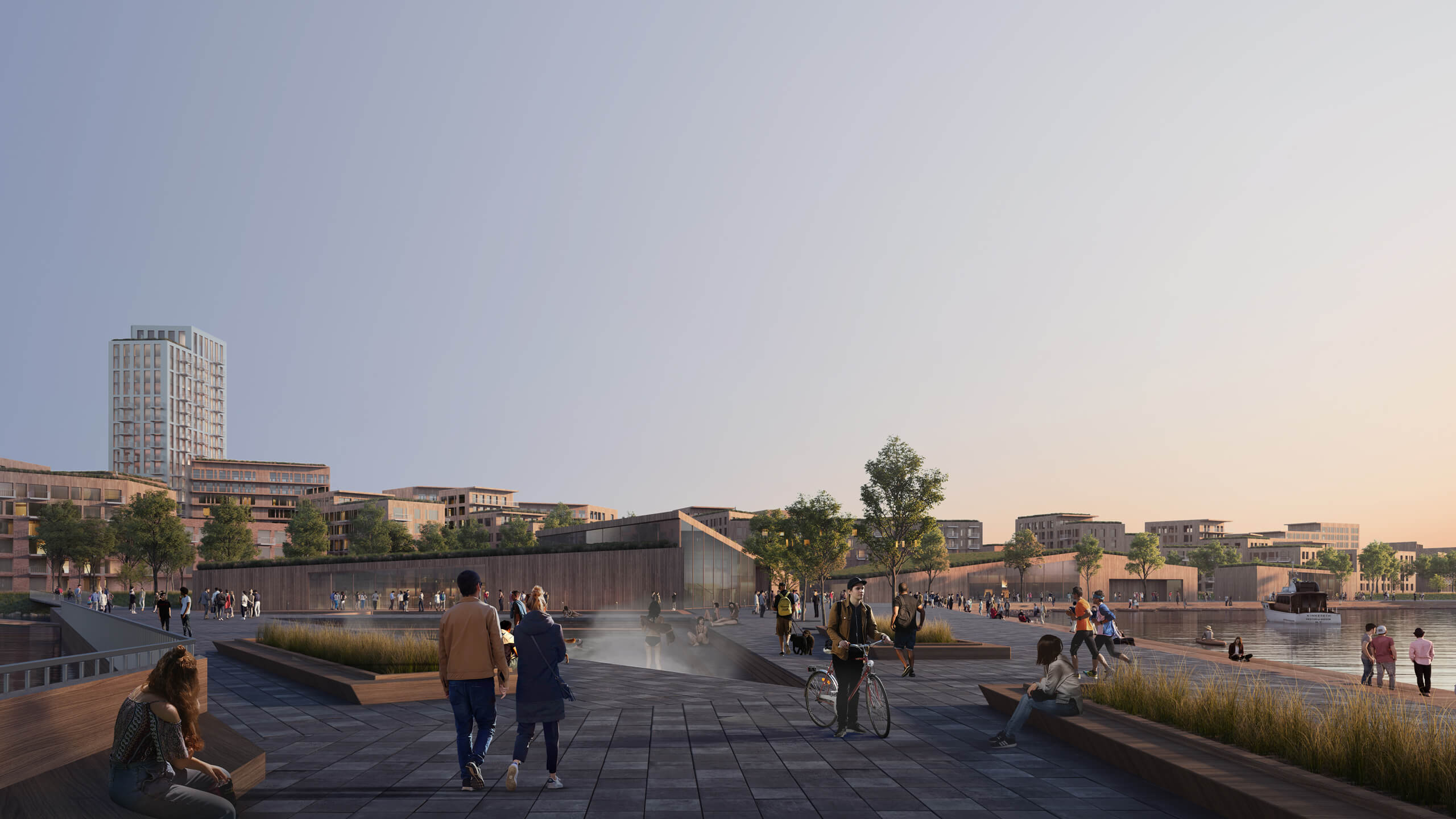 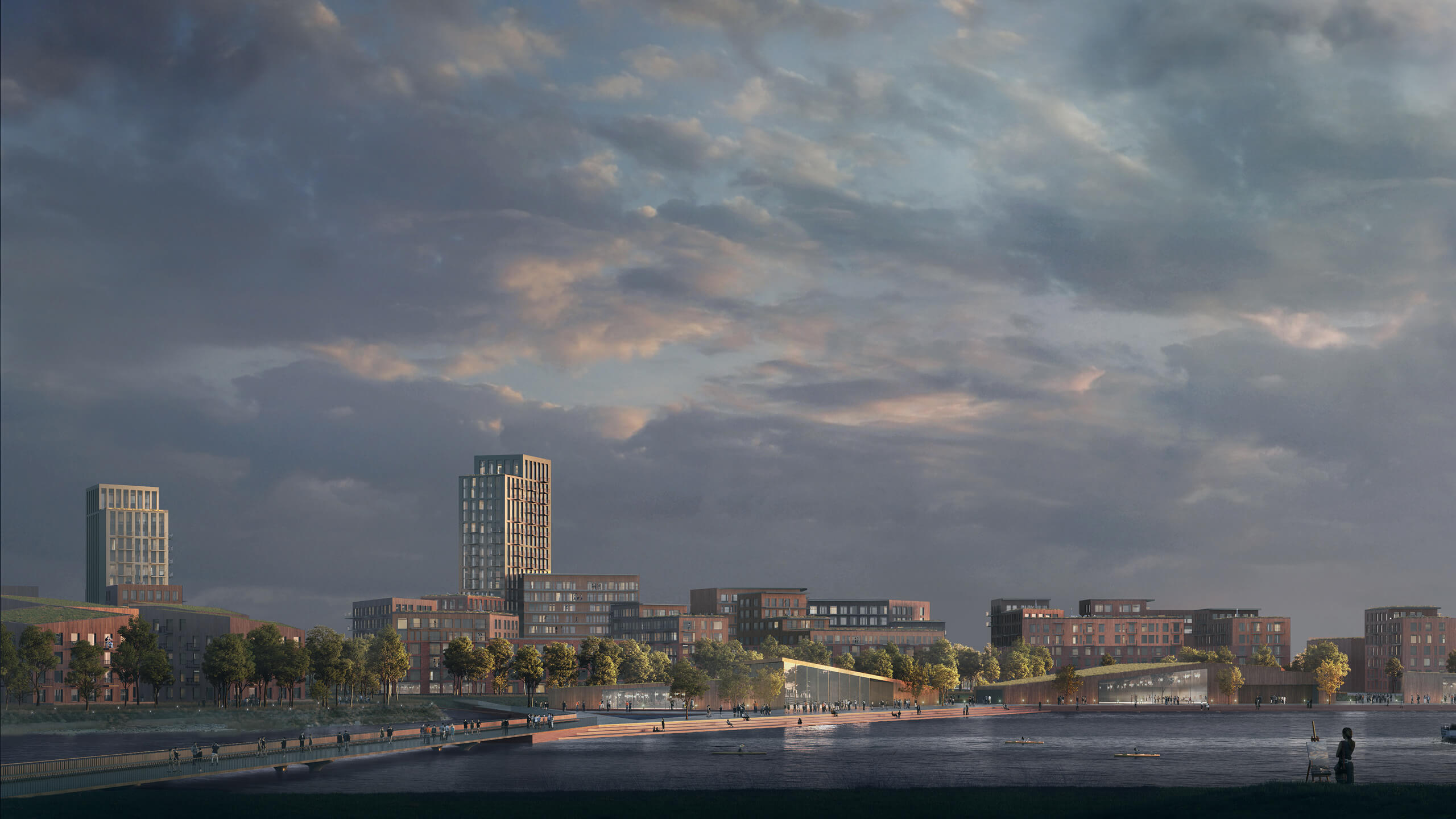 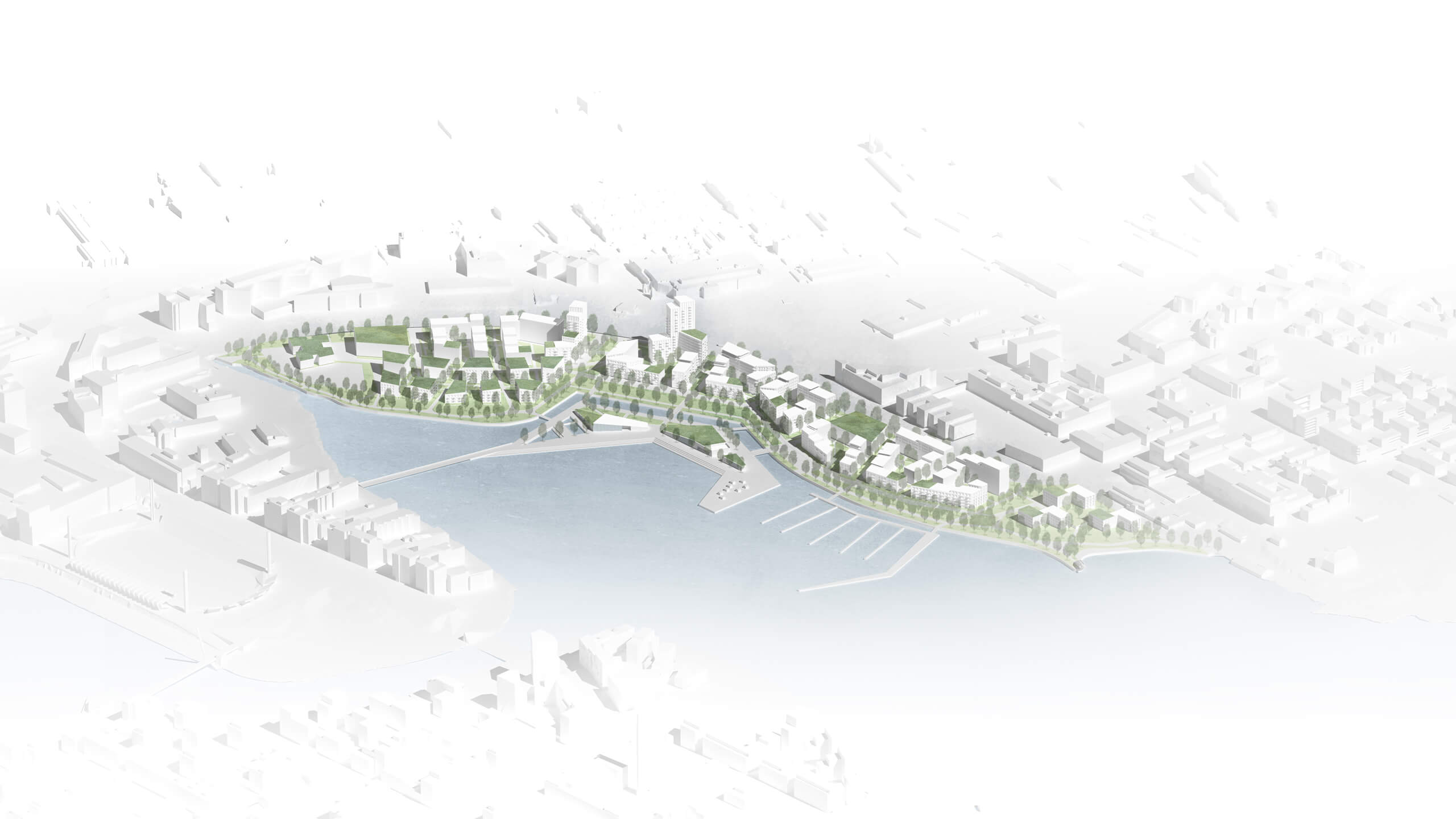